Nothing ties up work faster than a nail gun jam. It's a nuisance that can cut into your work, unnecessarily delaying projects. All nail guns will jam from time to time, no matter the brand, no matter the price. This applies equally to coil and stick framing guns. It's very easy, however, fixing framing nailer jams yourself.

Read on to learn how to clear a fastener jam—and what causes a jam in the first place—so you can prevent them. Also, be sure to watch our helpful videos on the Nail Gun Depot YouTube Channel. 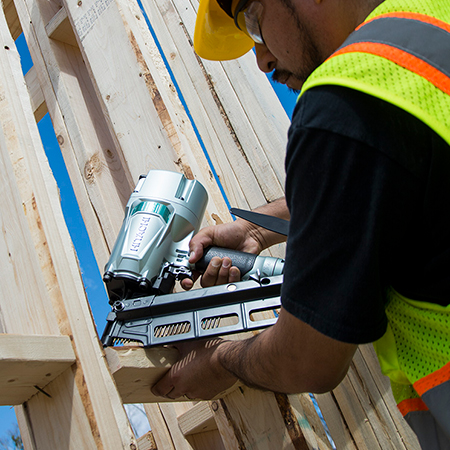 One of our most popular tools is the Paslode CF325XP Cordless Framing Nailer, originally the Paslode Impulse framing gun. Because it is such a common tool, we get a lot of calls asking how to fix fastener jams. Well, it’s simple to do it yourself, whether on this or another brand of paper strip framing nailer.

1. Disconnect the power supply. For a cordless nailer, remove the battery and fuel cell. For a pneumatic nailer, disconnect the air hose.

2. Remove the fasteners. You don’t want any flying out when you remove the stuck nail from the magazine.

3. Using an Allen wrench, loosen the two screws underneath the depth adjustment.

4. Using a screwdriver, gently separate the magazine assembly from the nose assembly. You’ll notice the driver blade is stuck with the offending nail behind it.

6. Tighten the Allen screws back up, and you're ready to go.

What Caused the Jam:

Tape Collation Fail: The fasteners have been mishandled, or the paper tape has gotten wet. Nails will no longer line up properly.

Slamming the Follower: This can also throw off the nail collation. Use enough force to close the follower, but don’t slam it shut.

Incorrect Loading: Nails have been put into the magazine backward. 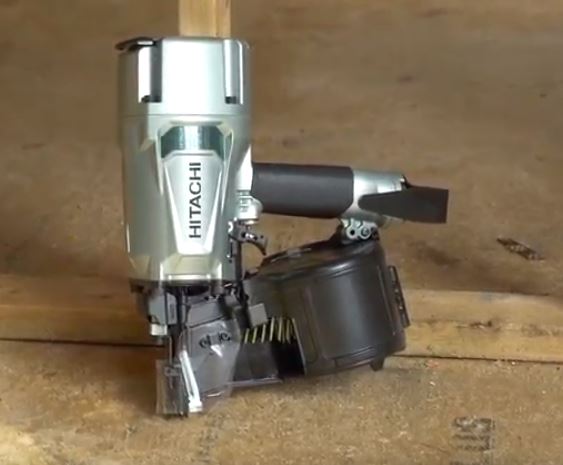 4. Make sure the driver blade is all the way down and remove the stuck fastener completely from the nose of the tool.

What Caused the Jam:

Lack of Adequate Oil: The air cylinder in the nose needs plenty of oil to function properly. Too little oil, and the nails will be slow to feed, causing a jam. Pro Tip: For coil nailers, use 10-15 drops of oil before nailing.

Misshapen Coil: A coil has to be round to feed properly. If the roll has become misshapen from being dropped or squeezed, you can try to re-form it. In some cases though, you just have to start over with a new coil.

Wrong Fastener Type: Be sure the nail's shank diameter and collation match the tool's specified usage. Otherwise, the nails will not fit or feed properly in the tool. This is why many manufacturers have a coil nailer specifically designed for use with roofing nails, versus siding nails, versus framing nails.